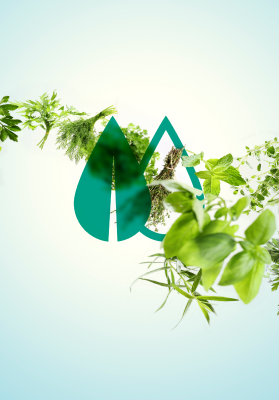 Success! The skills related to Perfume in Pays de Grasse were inscribed on the List of Intangible Cultural Heritage of Humanity by unanimous decision of the Intergovernmental Committee on Wednesday 28 November 2018 at 14:25 CET

This historic event for France and the World History of Perfumery took place at Port-Louis (Mauritius) at the session chaired by the Honourable Prithvirajsing Roopun, Minister of Arts and Culture of the Republic of Mauritius, in the presence of the diplomatic representatives of the 178 States signatory to the Convention on the Intangible Cultural Heritage of Humanity and ICH experts from the countries having ratified the Convention. Audrey Azoulay, Director General of UNESCO, opened the 13th Convention on the Intangible Cultural Heritage on Monday 26 November with the inscription of Ssirum/Ssireum, traditional Korean wrestling, with an unprecedented application submitted by both North and South Korea together.

The French Delegation included His Excellency Laurent Stefanini, Ambassador of France to UNESCO, Jean-Pierre Leleux, Senator of the Alpes-Maritimes département, Honorary Mayor of Grasse and President of the ‘Patrimoine Vivant du Pays de Grasse’ (Pays de Grasse Living Heritage) Association, Isabelle Chave and Isabelle Hurdubae, representing the French Ministry of Culture and Communication, Pierre-Yves Kervennal, Counsellor to the Ambassador of France to UNESCO, and Nadia Bedar, Director of the candidature of Skills Related to Perfume in Pays de Grasse on the initiative of the Senator.

Such prestigious recognition is historic for Pays de Grasse, the Côte d’Azur and French territory as a whole. It rewards the hard work and commitment of a team united alongside Jérôme Viaud, Mayor of Grasse and President of the Pays de Grasse Agglomeration Community, and Jean-Pierre Leleux, Senator of the Alpes-Maritimes department, Honorary Mayor of Grasse and President of the ‘Patrimoine Vivant du Pays de Grasse’ (Pays de Grasse Living Heritage) Association, and the determination of producers, masters-perfumers, transformers and all the people of Grasse, the Riviera and France, who helped achieve this international recognition after 10 years of effort.

Your experience on this site will be improved by allowing cookies.